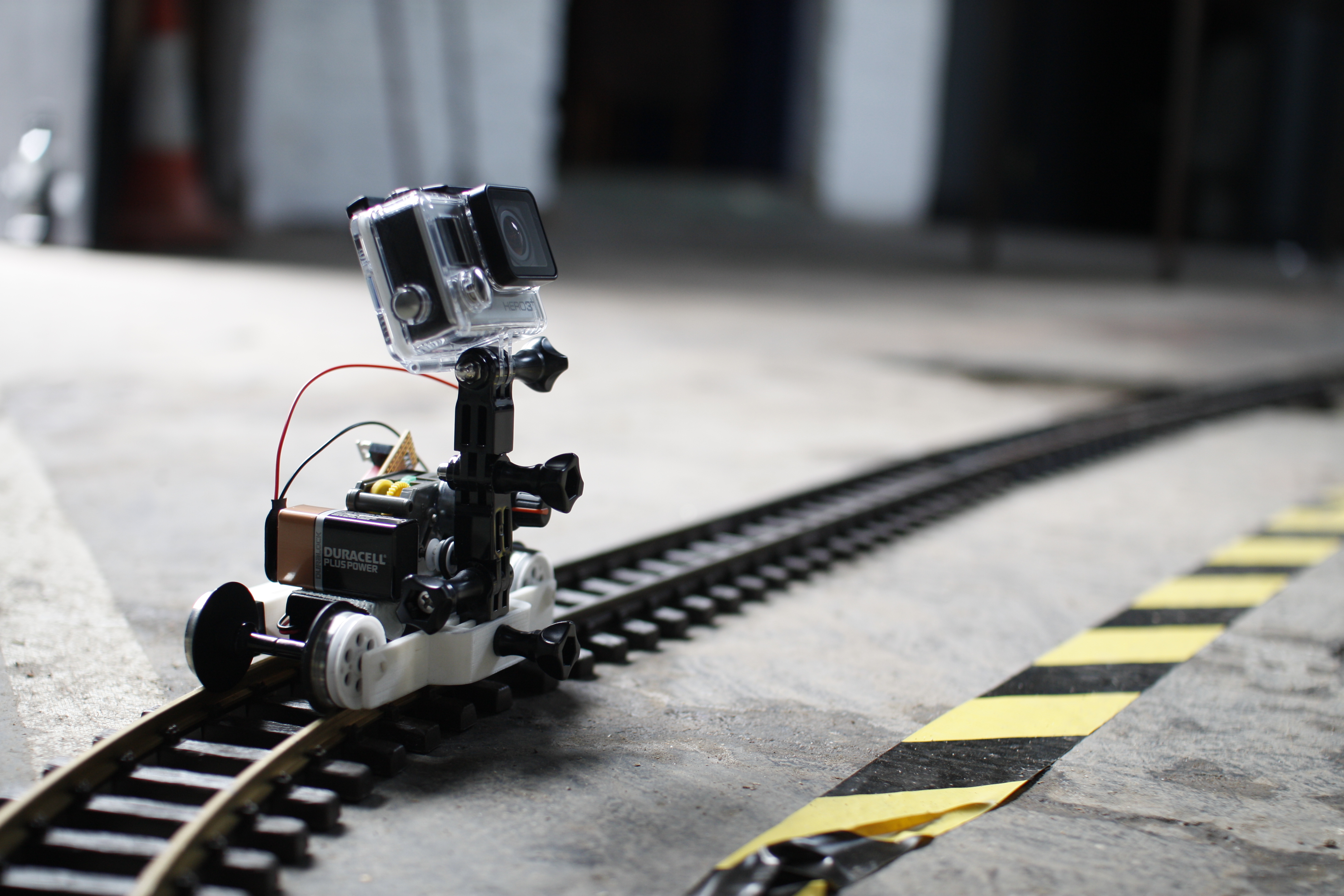 Here’s the tiny train mounted GoPro we built to film a five day time-lapse of the construction of our Hands project. As a version one it worked fine, but it did need babysitting at times. Onwards to version two…

A quick timelapse showing the creation of the elk head laser logo you’ll find on our website.

17 laser pointers, a bag of mirrors, a smoke machine and Hackney’s entire stock of batteries.