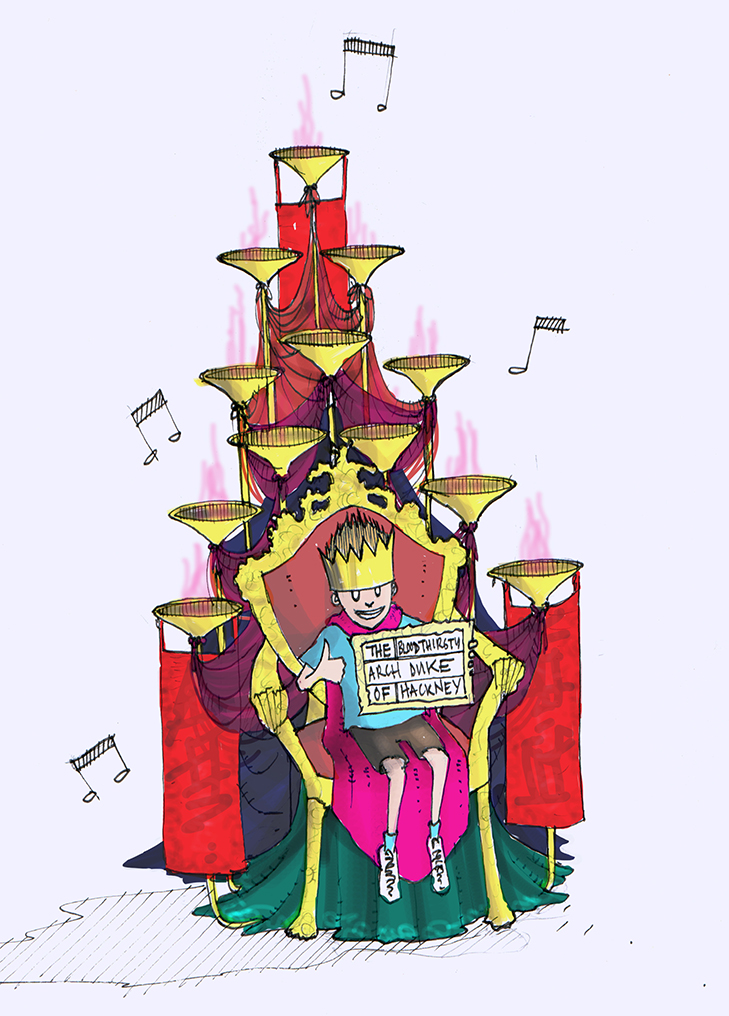 After we’d decided to build this enchanted throne, we needed to find out if there was a technology that would allow us to do the trick of reading multiple words from a distance. It felt like the kind of thing that should exist in industry to do stock checking and inventory; the next step was to find it and figure out if it could be bent to our somewhat sideways application.

After a bit of research, it transpired that what we were after was a Gen2 RFID reader. First-generation RFID, the underlying technology for Oyster and contactless payment cards (amongst other things) is well-understood by now; BERG did one of the most evocative and well-known studies of RFID as a material a few years ago. Gen2 RFID is a newer standard which allows for things like reading multiple tags simultaneously and at much larger distances than first-generation RFID: a few metres, as opposed to a couple of tens of centimetres. A few phone calls later, we were talking to David Armstrong of RFIP who thought he could supply the technology we needed. 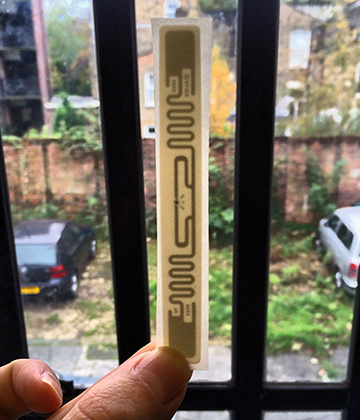 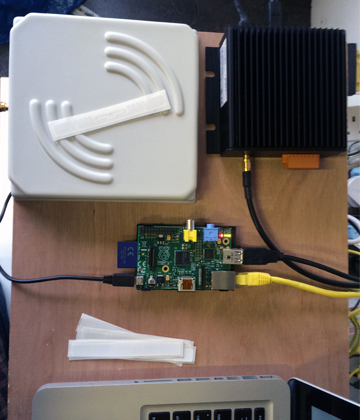 The gear was duly ordered, and we spent some time playing with various tags and antennas, trying to find the right antenna placement and gain settings to get consistent readings. This was really evolving all the way through the build, but once we’d got it to a reasonable point we quickly got to a prototype of the whole announcement system, complete with suitably dramatic voiceover.

The design phase of these kinds of projects is inevitably a tricky thing, as generally you’re building things that haven’t been built before, and usually using materials or processes that are fairly specialised. Typically you’d start with hand sketches and maquettes, then move on to computer modelling once there’s a clear direction. These models are great aids for making sure that everyone on the design team knows what they’re getting, and they’re also invaluable for explaining concepts to fabricators. Below are a selection of models that give an idea of how the design evolved over time from early (top left) to late (bottom right).

Once the design was finalised we produced shop drawings, which we then sent to various fabricators for manufacture. A nice aspect of this project has been the chance to work with local fabricators and manufacturers, and London is a great place to find them if you know where to look (you’ll find links to some excellent people at the end of this post). The drawing below shows one of the thirteen horns that we had spun from aluminium to our own specification. 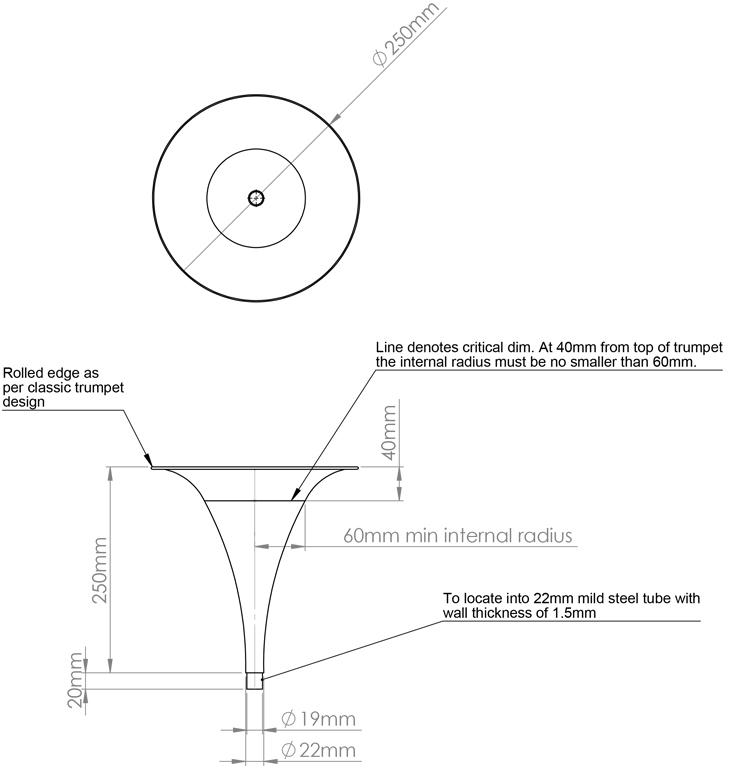 The rest of the metalwork was fabricated from curved steel tube which was eventually powder coated to a deep gold, giving a finish similar to old musical instruments. 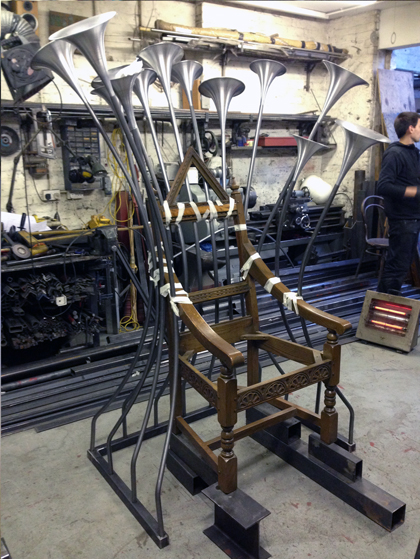 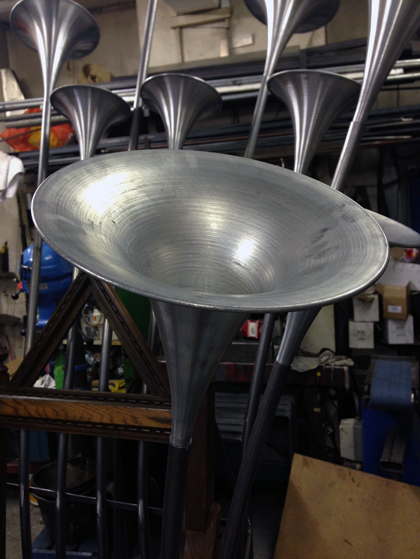 Inside each horn we placed a custom housing for a cooling fan and a fabric streamer. These fans were wired up to the brain of the project, a single Raspberry Pi located inside the plinth. When a visitor sat on the throne, activating a pressure pad hidden in the seat and triggering a recorded fanfare, the fans would switch on in sequence, matching the rising crescendo. 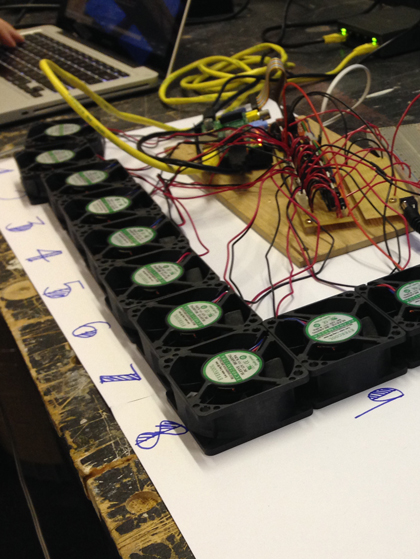 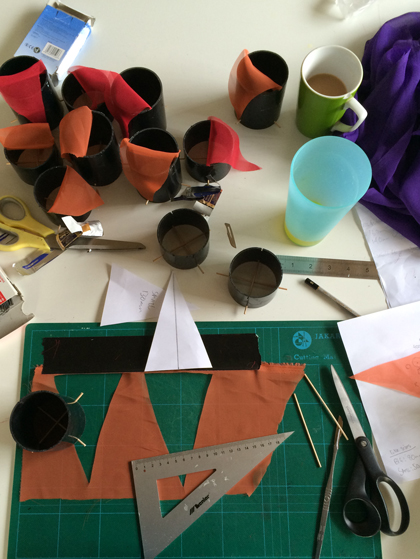 The throne itself was picked up from eBay, which evidently does a roaring trade in secondhand regal goods. Ours was in a particularly bad state when we got it, but after a quick clean up and re-upholster it was good as new. We then adapted it so that all cables and sensors were completely hidden from view, to maintain the illusion of a magic trick.

The last bit of the physical build was the plinth, which consisted of a two level MDF construction with room inside to store all of the electronic gubbins. A large PA speaker was also hidden inside the plinth, so we included lattice sections to allow the sound to escape. 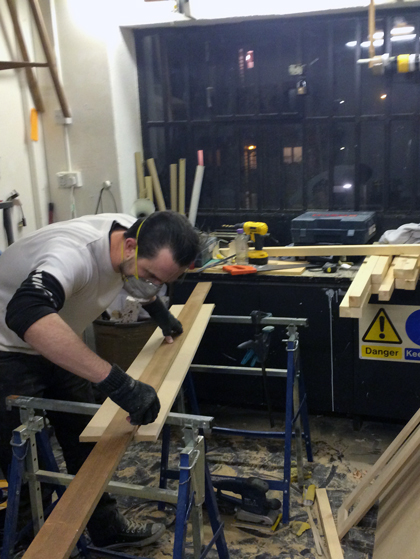 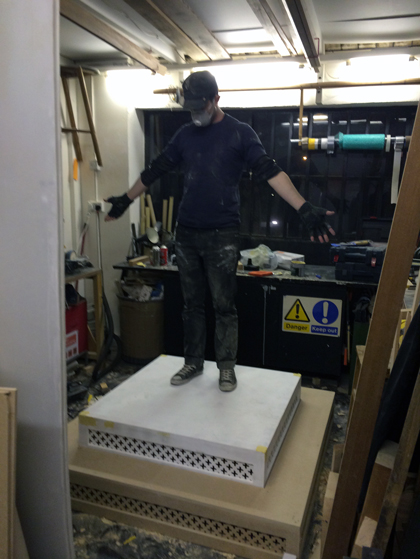 We also built a number of title boards created from sandwiched laser cut MDF and black foamex, which were carefully designed and constructed to be robust enough to survive contact with the dreaded public.

The words themselves, all 106 of them, were made from laser cut black foamex, with the words printed directly on them via direct-to-substrate printing.

Working with the Raspberry Pi has been a particularly satisfying part of this project. Up until this point, if you wanted to build an installation that had some interactive or generative part, you’d usually stick a Mac Mini or a Mini-ITX PC in there. This has the effect of upping the complexity and price of a build; you’ve got a whole computer in there to go wrong, and you’re paying for a whole computer. Then, if you want that computer to connect with the physical installation through sensors and actuators, you’d probably do that via an Arduino; another moving part.

By comparison, the Pi is enough of a computer to run the audio generation part of the throne (via Python and PyGame) and has enough hardware I/O to run the physical interface, communicating with the RFID reader over USB and using the GPIO pins to take input from a couple of pressure pads and control the fans. We broke out the pins on a custom I/O board loaded with MOSFETS to switch a 15v supply to each fan individually.

This means that one day we’d be writing computery installation code to communicate with the RFID reader and generate announcements, and the next day writing hardware control code à la Arduino (except in Python, and with the ability to tweak running code on the fly), all on the same board which acted as its own development server on our network. A joy to work with, and we’ll need a really good reason not to use Raspberry Pi boards by default for future projects. 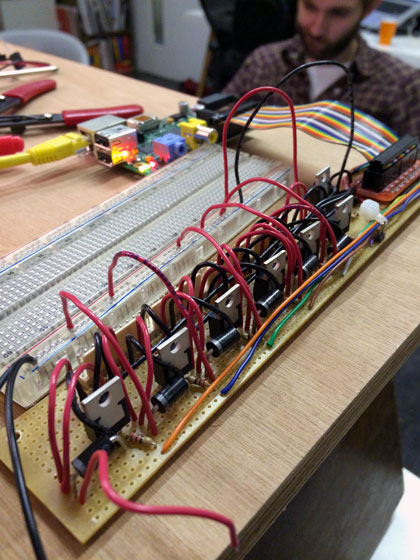 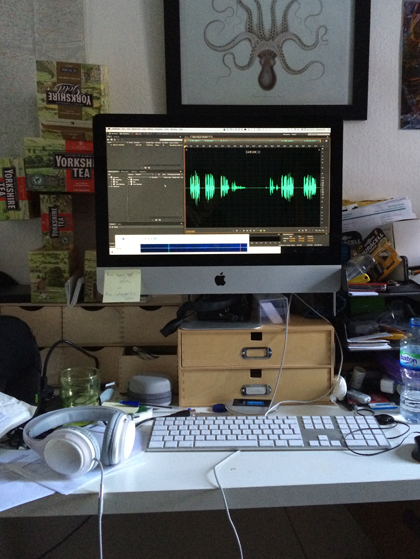 We installed the throne overnight on November 29th, ready for opening the next morning. It’s always a bit of a nail-biting moment when something you’ve made hits the public; you can test in the studio as much as you like but there’s no test like hundreds of people (including huge school parties) all using your thing for real. 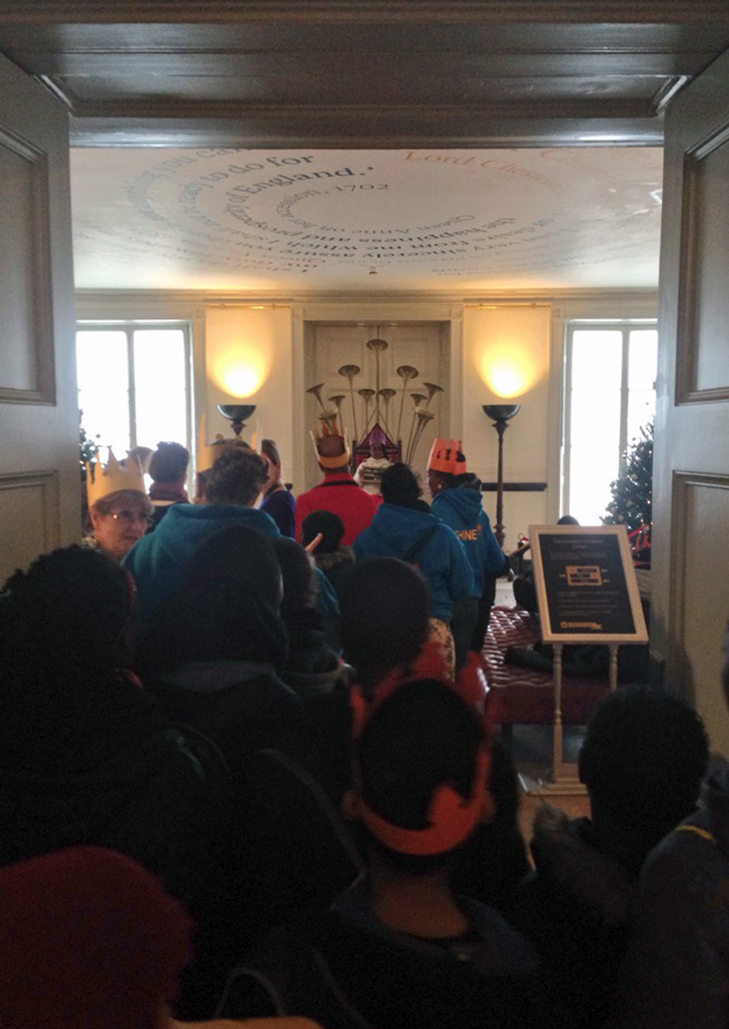 The throne has been generating smiles throughout December, and it’s been great to hear from the Palace how much the visitors enjoy their turn. Even better are reports of people trying to figure out how it’s done; Palace staff have been accused of setting the words through an app on their phone, hidden cameras have been searched for, and we’ve even heard that people have been peering inside and round the back of the plinth, looking for a hidden voiceover artiste. In our book, that’s a success.

The Throne is installed at Kensington Palace’s Game of Crowns until January 6th 2014. You can find out more here or by following #gameofcrowns.

Huge thanks go out to the following lovely people:

The Little Engine that (just about) Could